Together we can achieve more

Our founders David Flack and Tom Ferrara were leaders of the industry’s shift in focus from lead quantity to lead quality- as they advocated schools’ rights to a more transparent marketing processes. As they founded CUnet in 2003, they paved the way for schools to recover control of their online marketing efforts by instituting a lead management system based on the principles of accountability, compliance, and performance. This endeavor was since embraced by the industry- as more transparency and an emphasis on performance became widespread.

Since leaving CUnet in 2008, Tom and David felt that more can be done to advance the movement they helped promote. And now that there has been an unprecedented emphasis on compliance and the responsibility of schools’ marketing and admissions departments, FF Ventures was created to deliver new services & solutions to schools, help the industry evolve and improve its performance and outcomes.  With backgrounds and continued success in Education, Advertising & Marketing, Ad-Tech, Ed-Tech and Career sectors we focus primarily on those areas.  However, we are open to innovative ideas in other areas. 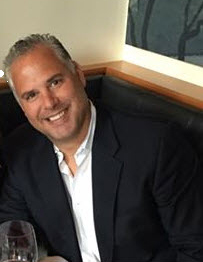 Tom Ferrara is the Managing Partner & Co-founder of FF Ventures . Tom is widely regarded as a pioneer and key innovator in the education, career and lead generation industries. As co-founder and CEO of CUnet, Tom architected many groundbreaking products and services- including the Vendor Lead Management System. This led CUnet to quickly develop into one of the premier full-service agencies in the space, as they partnered with over 400 colleges and universities- providing lead management and recruitment services. Tom was also instrumental in establishing media partnerships with thousands of major media outlets around the country.

Tom is also the creator of MarketDrivenEDU.com & the MarketDriven Education Industry group on linkedin one of the largest industry networking sources.

Prior to CUnet, Tom was CEO of CareerEngine, where he grew an internet company and application service provider from a start-up to a successful, publicly held company. Following his tenure at Career Engine, he authored Job Seeker Secrets a Job Search book and course for Thomson Learning and joined Career Education Corp. to successfully lead admissions and marketing for what was its largest campus at the time. Tom, who is regularly consulted by top analysts, schools and investment banks, has been interviewed on television by NBC, MSNBC, CBS and included in over 50 articles in print publications such as the Wall Street Journal, NY Times, and Institutional Investors. Tom also maintains several positions on the advisory boards of several successful companies serving the education, job search, marketing and human capital industry. Tom graduated from Bucknell University with a BA in Political Science.  Tom is also passionate about coins and created a portal for people to Sell coins online. 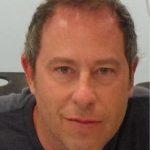 David Flack is Co-founder of FF Ventures. David is a highly passionate and successful leader and entrepreneur with over 9 years of executive experience in the higher education industry and 14 years of business entrepreneurialism. David’s last role was Co-Founder, President & COO of CUnet- where he orchestrated operations and marketing that transformed CUnet into becoming one of the leaders in the online higher education sector. Prior to CUnet, David contributed 14 years to the career space- most notably as Founder and Partner of the technology-consulting firm ComStaff Services, Inc., which he developed from a start-up company to a multi-million dollar business.

David was Director of Sales for TSL Services, Inc., where he helped create an incredibly profitable and thriving Professional Services business. Prior to his involvement in the consulting and professional services sector, David also served as the Northeast Regional Marketing Manager at Metropolitan Fiber Systems (MFS), where he participated in the growth of an entrepreneurial company that went public and was ultimately sold to WorldCom. MFS was one of the first competitive local exchange carriers (CLEC) in the country. David attended University of Hartford.